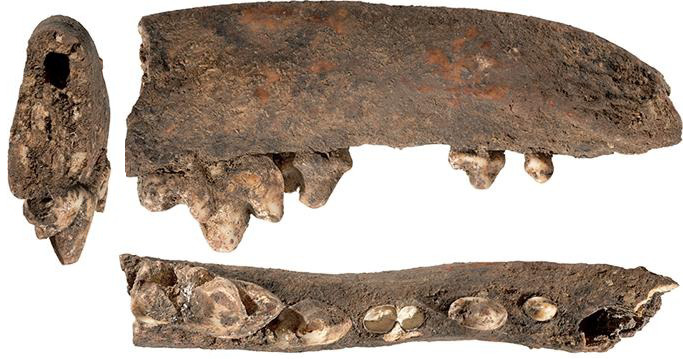 How long have dogs been in Melanesia?

Establishing accurate chronologies for the dispersal of humans through the Pacific are critical for indigenous populations and for our understanding of the potential impact of climate change on those populations today.

Associate Professor Fiona Petchey and her collaborators have published an interesting new paper: How long have dogs been in Melanesia? New evidence from Caution Bay, south coast of Papua New Guinea.

Although the mandible could not be directly dated, good chronostratigraphic resolution indicates that it confidently dates to between 2573 and 2702 cal BP (95% probability). It was found deeply buried in association with Late Lapita cultural materials, and is currently the earliest known dog remain from New Guinea. Biometric measurements on a small sample of archaeological and modern dog remains from the broader region support previously published models (based on genetic results) of multiple dog dispersals into the Pacific region.

To read the full research publication, please click on the link below: