Geology of the Pirongia volcano

A new geological map has been produced of Mt Pirongia

Rising far above the Hamilton lowlands, the remarkable volcanic landscape of Mount Pirongia encapsulates the cultural, ecological and geological heart of the Waikato region. Formed by a succession of eruptions beginning over 2.5 million years ago, Pirongia is a basaltic stratovolcano with a complex and long-lived history – one that is only just being discovered.

Recent PhD graduate, Oliver Mcleod, has just published a map-book from his research on the geology of Pirongia Volcano. His findings have been shared at a series of public events, with thousands of people from across the Waikato region coming to hear details of the volcano’s birth, growth and eventual collapse over its one-million-year active lifespan.

Oliver spent three years mapping the geology of Mt Pirongia on foot, using a rock hammer, GPS and compass. This data was used to reconstruct the entire volcanic history of the Pirongia Volcano, and produce the first detailed map covering 500 square kilometers of terrain. 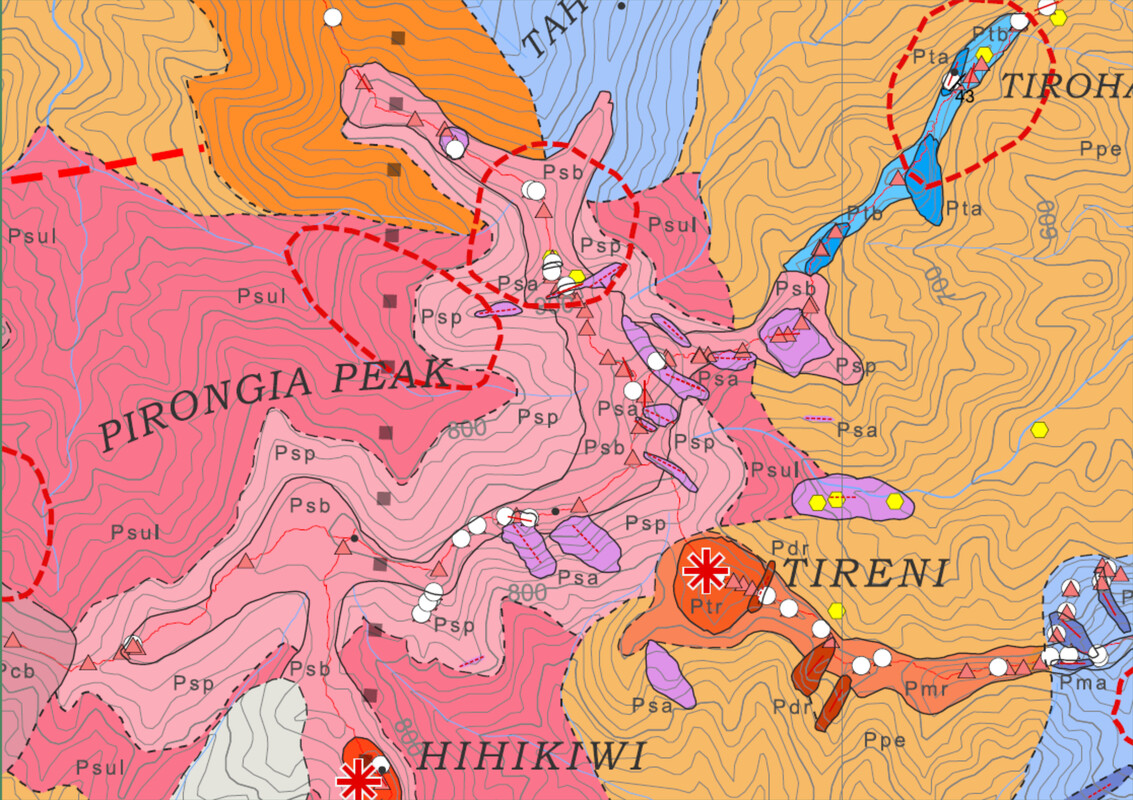 A copy of the map is available for purchase from: