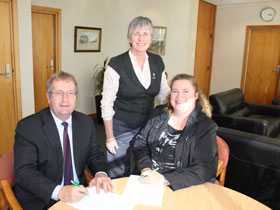 Over 300 students from around the world are set to visit the University of Waikato, thanks to the Department of Biological Sciences.

This prestigious international competition is fiercely contested by around 300 top senior secondary school biology students from nearly 60 countries. The talented contestant sit both practical and theory examinations of a standard that would challenge many first-year undergraduates.

"This event will allow us to showcase the university to the global education community," says Dr Alison Campbell, a member of the NZ IBO committee.

"Along with those students come supporting teachers and university educators. Many countries also send media teams, and have their diplomats attend the opening and closing ceremonies. The 25th Olympiad coincides with the University's 50th anniversary and the 150th anniversary of Hamilton City, so we have three years of planning to make this an event to remember."