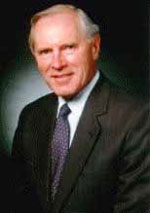 Career highlights have included the award of a DSc from Oxford University which acknowledges his contributions to his field, the publication of highly regarded texts on rock slope stability, and the naming in his honour of Mount Selby, in Antarctica's Britannia Ranges.

Professor Selby has now retired from the University of Waikato.

Rock and soil mechanics, engineering geology and archeological science; strength of rock and soils, and especially the application of strength studies to the stability of mountain slopes. Field work included studies in Antarctica, the Sahara, southern Africa, the Andes and Himalayas as well as in New Zealand.