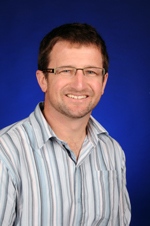 Research and postgraduate study are encouraged in the Department of Biological Sciences. All research students acquire basic research skills and a knowledge of techniques, as well as training in specialist disciplines.

Our research focuses on molecular biology, structural biology and protein engineering. We are interested in the three-dimensional structures of several protein families and we use this information to study their biochemical functions. We use X-ray crystallography, protein NMR and other biophysical techniques. We are also interested in protein engineering to manipulate the structure and function of proteins. Here, we use site-directed mutagenesis and combinatorial mutagenesis in combination with structure determination to engineer new proteins.

Toxin-antitoxin pairs in bacteria act in concert to maintain low-copy number plasmids in daughter cells. It is also thought that these protein pairs are involved in microbial growth arrest under conditions of nutrient starvation and stress. We are pursuing the structures of a number of toxin-antitoxin complexes in an effort to find out more about the mechanism of cell-cycle arrest in Mycobacterium tuberculosis and M. bovis.

We use a common protein scaffold to engineer a library of variants by randomizing up to seventeen amino acid positions on one face of the protein. We can then pick variants with desirable traits out of this library using phage display. This process is analogous to the selection of recombinant antibodies with the advantage that our scaffold is small and thermostable. Potential biotechnology applications are the current focus of our efforts.

We are interested in several proteins which serve as checkpoints in triggering photoperiodic flowering in plants and their relationship with circadian controlled processes. We are using a range of biophysical techniques including X-ray crystallography, NMR, circular dichroism and electron microscopy to look at the structure and function of these proteins. Currently we are focusing on the proteins GI, FT and CO.

Very recently, our collaborators at AgResearch and Massey University have identified large operons in the symbiotic fungus Neotyphodium lollii, which code for non-ribosomal peptide sythetases. These genes code for proteins which are responsible for the biosynthesis of the important secondary metabolites. We are determining the structures of a number of domains from these operons to look at the molecular details of the biosynthesis of peramine.